Is Someone Lying? Or Do I Need Glasses?

Giant Supposedly Liberal blog Daily Kos has leveled a pretty serious charge at the Clinton campaign staff – that they made Obama look “blacker” in a commercial, which features a clip from one of the debates. The Kos post is here. The Clinton people denied doing this, but Kos says they are lying, and features two stills that are quite disparate. Kos claims they took the darker image directly from the commercial at the Clinton website. I followed the Kos link to the Clinton website, watched the ad, and the Obama visage in the Clinton ad doesn’t look like either photo to me. Is it my eyes? Is it my computer monitor?

I got to see Obama in person, close up, several times while he was campaigning in South Carolina and I don’t remember him looking like either of the Kos pictures either, exactly. I have no idea what the truth of the situation is. I’m inclined to think Kos is the liar at the moment, but maybe that is because I believe my lying eyes.

Update: Some visuals. Here is what Kos says he took from the Clinton commercial (but it doesn’t look like that to me at the Clinton site, so I have to wonder if Kos is actually doing the nefarious photoshopping…), and then what he says the actual debate footage looked like: 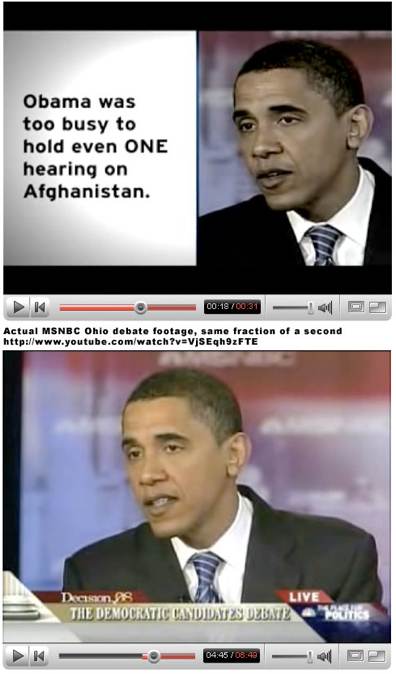 Here is a photo from the “Obama Youth” site:

Here is a photo run at Blackprof:

And an official Obama campaign video is here. Please note this post is not intended to be anti-Obama nor pro-Clinton, nor visa, nor versa. It’s an indictment of Kos alone. 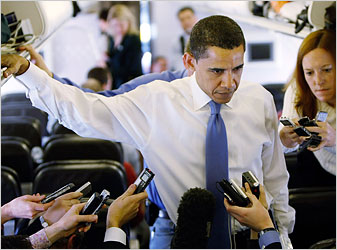 0 Responses to Is Someone Lying? Or Do I Need Glasses?