Story here. There are no obvious links to feminism, but there is one to academia generally. I once had a fairly lengthy conversation with an epidemiologist who was studying and making recommendations for Universities with respect to the Coming Flu Pandemic. She thought it would be very likely that quarantines would be used to try to stop the spread of a bad flu. One thing that might happen is that everyone would be required to stay at home, in their homes, for a period of time related to the incubation period of the disease. If this was complied with fairly strictly, the spread of any pandemic could be halted. So, quarantines would be policed by actual police, and maybe National Guard troops. This, she said, is a good reason to have a plentiful supply of food and water on hand, flashlights, and a battery operated radio. Some people already do this, in case of natural disasters. 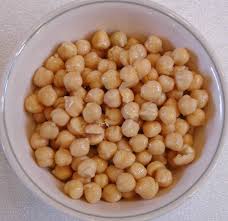 I’m not as good about this as I should be, and though I have some jugs of water on hand they are past their expiration date, so it’s beyond time to replace them. And, if the quarantine period was longish I might be subsisting on ancient cans of chick peas by the end of it. But I’d be relatively comfortable in my home, even if I was confined to it for several weeks. The same is not true for people with food insecurity issues or (here comes the link to academia) college students, particularly those who live in dormitories. Students could not realistically be confined to their rooms, but they could be confined to their dorms, or even to specific dorm floors. And to plan for this possibility, universities need to make sure there will be sufficient food and water available.

I remember taking a guided tour of New Orleans in 1999, and the guide explained how vulnerable the city was to hurricanes, since it was a giant bowl, with many portions below sea level. Only a few year earlier the city has endured serious flooding. Katrina and its aftermath was still shocking to me as to about everyone else, because it seemed clear that everyone was aware of the danger, but no one had adequately prepared for it. Hopefully any municipality struck by a flu pandemic will fare better than New Orleans did because there has been extensive governmental planning. But just in case, you might want to make sure you have plenty of bottled water and nonperishable foods on hand (more info and suggestions here), if you can.

This entry was posted in Academia, Women's Health. Bookmark the permalink.