Stick To Your Knitting, Mr. Bass 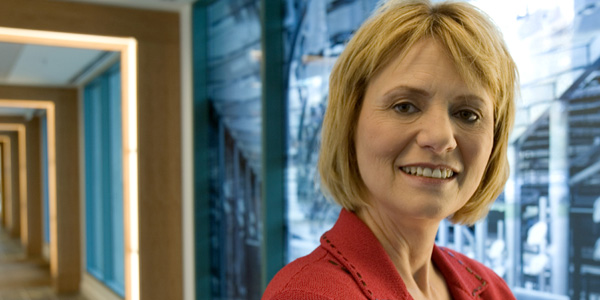 Yahoo has named Carol Bartz (above) as its new chief executive.  Ms. Bartz formerly was an executive at the technology company Autodesk.  This (understandably) made the first page of the Business Day section of today’s New York Times (here). In the article, Carl Bass, the current President and CEO of Autodesk, praised  Ms. Bartz’s leadership of Autodesk during the dot-com boom, when technology employees were highly in demand.  Mr. Bass is quoted as saying, “She persevered through that whole period and she deserved credit for it.  She probably had plenty of other opportunities.  She stuck to her knitting and continued to build a great company.”

Huh?  Stuck to her knitting?  Are male executives described as “sticking to their knitting”?  I’m embarrassed for Carl  Bass.

What Ms. Bartz says she discovered [after graduation from college], however, was that male counterparts and supervisors shook the corporate ladder ever more fiercely with each rung that she and other pioneering women of her generation ascended. But by combining a first-rate mind with hard work and decisive career moves, she managed to duck, bob and weave her way through Silicon Valley’s male-dominated technology industry in the 1980s.

By the early 1990s, Ms. Bartz had become one of the first women to run a large corporation. She garnered accolades from Wall Street and her peers for turning  Autodesk  into a leading international software company. This spring, Ms. Bartz stepped down as Autodesk’s chief executive, but she remains the executive chairwoman of its board.

Despite her hard-won reputation as an astute businesswoman, Ms. Bartz found herself repeatedly skipped over during a recent meeting of business and political leaders in Washington. The reason was that the men at the table assumed that she was an office assistant, not a fellow executive.”Happens all of the time,”Ms. Bartz says dryly, recalling the incident.”Sometimes I stand up. Sometimes I just ignore it.”

The “stuck to her knitting” comment by Carl Bass strikes me as one of those comments that men think are benign or even complimentary, but they’re not.  They’re sexist and make the speaker into one of those men shaking the corporate ladder as women are trying to climb. Perhaps it is Mr. Bass who needs to tend to his knitting.  In case you’d like to send along  favorite pattern, here’s his contact info: