Another Step Backwards For Women’s Rights in Italy

Posted on November 6, 2009 by Katherine Franke

Last October 17th in Italy, the Court of Appeals of Rome issued a sentence declaring that the rape of a sex worker is less punishable than the rape of a woman that does not choose to be a prostitute. The day after, October 18th, the Juvenile Court of Rome decided to suspend the trial of eight Italian boys who raped a young girl of 14. These two sentences, although not final at the time of this writing, constitute yet another step backwards in the recognition and strengthening of constitutional and legal rights of women in Italy.

Let’s examine the first case. On November 2008, an Italian man of 31 years old kidnapped, robbed and raped a Romanian prostitute. On March 2009, the man was charged with kidnapping, sexual violence and robbery, and was condemned to seven years imprisonment. Nevertheless the most recent sentence by the Court of Appeals of Rome on October 18th reduced his jail time from seven to three years and four months.

The main idea behind this decision was that sex workers by choosing to “work on the street,renounce their physical and moral integrity.” The physical, moral and legal offences to a prostitute cannot be considered equal to that of woman who is “not a prostitute” and, therefore, the crime in question should be judged in light of these attenuating circumstances.

It is clear from this perspective adopted by the Court that women must conform to the attitudes/behaviours that are morally accepted by society. Failing to do so, they run the risk of being punished (by being raped).   This means that men can feel empowered to violate women’s autonomy and not respect the rights of sex-workers because sex workers have neither social nor legal legitimacy.   This sentence, thus, implies different punishments for two kinds of rape. There are rapes of “series A” which have to be strongly punished, and then there are those of “series B” which require less punishment because the victim’s moral transgression or behavior encourages sexual violence.

Rape of the Sabine Women

The “series B” category could also be applied to the case of the young girl raped by eight boys in August 2007, in Castro Montalto – a small town close to Viterbo (Rome).   The eight boys, all juveniles at the time, met a 15 year old girl at a party, led her out into the woods, and gang raped her.   A few days later, the girl reported the crime and the boys were identified.   To great public outcry, the mayor of Montalto di Castro provided 20,000 euro to cover legal costs for six of the eight boys -indeed one of the boys seemed to be his nephew.     As mentioned at the beginning of this article, last October 18th the Juvenile Court of Rome settled to suspend the trial, deciding to “put the boys under observation” for 24 months. The young men (two of which are now 18 years old) will have to follow a program of support and control and at the end of this period must demonstrate sincere penitence and apologize to the victim and her family for their deed.   If they pass this test, the court will strike the crime from their record.

Rape of the Sabine Women[/caption]Not only have feminist groups raised their voices in protest, but the public at large has also expressed its indignation over this sentence, whose passing so clearly demonstrates how little traction feminist politics are getting in Italy.   In fact the decision of the Court of Rome shows, for the umpteenth time, an institutional failure to adequately address the issue of violence against women.   While the young men will be absolved and assisted in their reintroduction into society, their victim has been abandoned.   No institution has thought about the social rehabilitation of the girl, who is so traumatized that she has dropped out of school.

Public furor has also been directed at many of the people of Montalto di Castro, who have shown solidarity with the rapists.   One local said “these guys are good boys, they don’t need to rape rather it was this girl that the same day, before of the party, had sex with another boyâ€¦.”   Someone else commented “if I were 17 years old, I would line up to get with herâ€¦.the girl is not serious. It is her fault.”   Even the mayor of the city weighed in, implying that native-born Italians are genetically incapable of rape, although for the immigrant population it is another story altogether. “Rape exists only when committed by Romanians” he said, and then added “the only animals in our region are the Romanian immigrants. They’ve got rape in their blood.”   When the Romanian community expressed its displeasure at his comments, he denied ever saying them. The victim’s mother, recognizing that this case is not without its racial and cultural overtones, commented that “my daughter is not getting justice because the boys are Italians.”

The disconcerting comments by the locals of Castro Montalto, along with the decisions by the Court of Appeal of Rome and the Juvenile Court of Rome, demonstrate that after many years of feminist and women’s struggles, Italian public opinion and its institutions still seem to adhere to the idea that women bring sexual violence upon themselves through their behavior.   In other words, when a woman decides to act in a manner not sanctioned by dominant values, her free expression implies a de facto sexual availability, which can be “conquered”, if need be, by means of violence.

In this interpretive light, an act of violence against a woman is, paradoxically, not a consequence of her oppression, but her freedom.   In fact, the freedom of women (and the resulting anxiety that women no longer carry on traditional cultural and national values) compels men to exercise their power and control through violence.   In short, violence against women increases proportionally to the amount of freedom and power that women acquire.

Violence against women is thus a manifestation of men’s fear about women’s freedom and mobility. This fear, as Italian scholar Tamar Pitch stresses, is “closely linked to fear about the future and the ‘other,’ which leads to the search for – or even the fabrication of- pseudo-homogeneous, pseudo-traditional cultural identities.” As a result, such sentiments lead to the criminalization of migrants, who are potential menaces to national “values.”

From this perspective, the two aforementioned cases illustrate perfectly how in Italy legal and political strategies often use the issue of rape in order to underline the boundaries between “we” and the “others”, “citizens” and “migrants”, “good women” and “bad women.”   According to the reigning criteria in the Italian legal and political discourse, sexual violence most frequently occurs either when a woman chooses to act   “inappropriately,” thus imperiling herself (considering specifically sex-workers), or when migrants rape white women (thus leading to strengthened security measures against immigration).

Once again, in Italy the body of women is used by the political and legal discourse to reinforce and reshape racist and/or moral ideologies and stereotypes.   And once again what is ignored is the structural inequality of power that creates the condition for the social control over women and also undermines women’s security.   And what is lost in the argument, once again, is the real suffering of women. 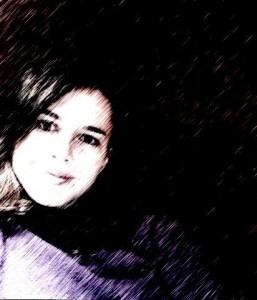 Letizia Palumbo is a visiting scholar at Columbia Law School, and a Ph.D. Candidate at the University of Palermo, Department of Politics, Law and Society.   This fall at Columbia she is researching the limits of current feminist interpretations of sex-trafficking developed around the “victim” versus “agency” dichotomy.