Trivia: Voices of Feminism is the reincarnation of the iconic TRIVIA: A Journal of Ideas published in print from 1982-1995. 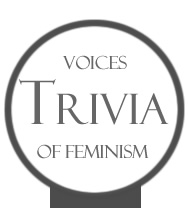 The newest volume, edited by Lise Weil and Betsy Warland, includes responses to the lesbian extinction question. As the editors explain:

In an essay written in 1983, Nicole Brossard wrote: “Une lesbienne qui ne reinvente pas le monde est une lesbienne en voie de disparition.” (A lesbian who does not reinvent the world is a lesbian going extinct.) At that time, the phrase made very good sense. As writers, thinkers, activists, and in our day-to-day lives, we felt (many of us) compelled to reinvent a world in which we were for the most part invisible if not unthinkable, a world whose values we largely rejected. Today, over 20 years later, we are accepted, even embraced, by mainstream culture:as co-workers, wives, mothers, as TV talk show hosts and anchorwomen!:in ways we could not have imagined then. But how have we gained this inclusion? Have we gone quiet as lesbians (not denying our lesbianism but seldom foregrounding it)? Are we still reinventing the world? As writers, are we inventing new forms? Is there still a radical edge to the word “lesbian”? Or are we now, by Brossard’s definition, a disappearing species?

The issue opens with an experimental essay by Feminist Law Professors’ own Ruthann Robson, which takes Brossard’s quote as a springboard for reinventing Sappho’s lost poems, Helen of Troy and Paris as lesbian lovers, and the works of H.D., Virginia Woolf, and Christa Wolf. 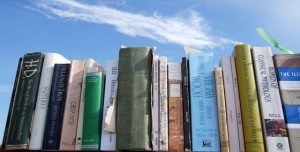 This entry was posted in Feminism and the Arts, LGBT Rights. Bookmark the permalink.