“Enviro-Toons” in Cultural and Historical Contexts: “That’s All Folks?” by Robin Murray and Joseph Heumann 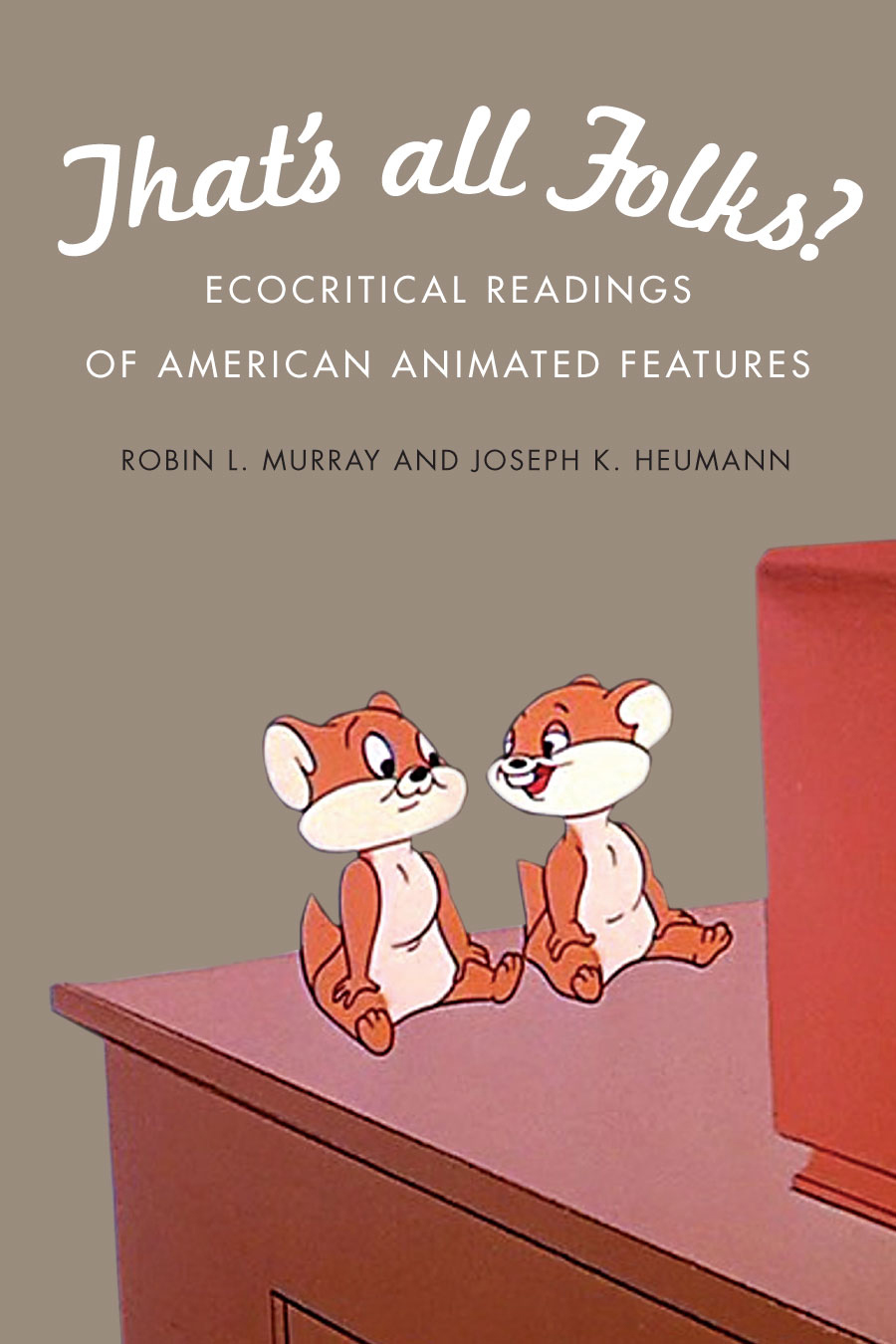 Although some credit the environmental movement of the 1970s, with its profound impact on children’s television programs and movies, for paving the way for later eco-films, the history of environmental expression in animated film reaches much further back in American history, as That’s All Folks? makes clear.

Countering the view that the contemporary environmental movement—and the cartoons it influenced—came to life in the 1960s, Robin L. Murray and Joseph K. Heumann reveal how environmentalism was already a growing concern in animated films of the 1930s, 1940s, and 1950s. From Felix the Cat cartoons to Disney’s beloved Bambi to Pixar’s Wall-E and James Cameron’s Avatar, this volume shows how animated features with environmental themes are moneymakers on multiple levels—particularly as broad-based family entertainment and conveyors of consumer products. Only Ralph Bakshi’s X-rated Fritz the Cat and R-rated Heavy Traffic and Coonskin, with their violent, dystopic representation of urban environments, avoid this total immersion in an anti-environmental consumer market.

Showing us enviro-toons in their cultural and historical contexts, this book offers fresh insights into the changing perceptions of the relationship between humans and the environment and a new understanding of environmental and animated cinema.

For someone interested in environmental law and culture, an add-on legal analysis would make an interesting law review article.