Posted on September 4, 2014 by Stephanie Farrior 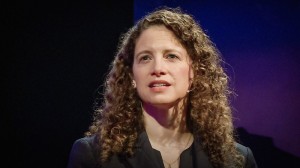 Karima Bennoune shares four powerful stories of real people fighting against fundamentalism in their own communities — refusing to allow the faith they love to become a tool for crime, attacks and murder. These personal stories humanize one of the most overlooked human-rights struggles in the world.

It must have been a daunting task, to distill into a short talk the essence of the 286 interviews of incredibly brave people she conducted for her book, Your Fatwa Does Not Apply Here: Untold Stories from the Fight against Muslim Fundamentalism (W.W. Norton 2013).  Yet she succeeds brilliantly.  Her talk can be viewed here.

Praise for the book behind the talk includes these ringing words from Nobel Prize winner Wole Soyinka:

This work redefines courage in a humbling dimension. Bennoune’s meticulous testament serves as a warning to the complacent and rebukes ‘politically correct’ posturing that makes excuses for the inexcusable and canvasses tolerance for the intolerable.

As I was preparing to post this blog, I saw in a press release issued today that Karima’s book Your Fatwa Does Not Apply Here is a finalist for the prestigious Dayton Literary Peace Prize. Inspired by the 1995 Dayton Peace Accords that ended the war in Bosnia, this prize is “the first and only annual U.S. literary award recognizing the power of the written word to promote peace.”

This entry was posted in Activism, Acts of Violence, Feminism and Religion, Feminists in Academia, Recommended Books and tagged fundamentalism, fundamentalisms. Bookmark the permalink.