Posted on November 15, 2016 by Bridget Crawford

In this interview, Ms. Strausfeld explains some of the background to the case and her work on behalf of menstrual equity.

Bridget Crawford: Can you explain how you got involved in the litigation that sought to end the tampon tax in New York?

Laura Strausfeld: I researched a case against New York State when I was a Columbia Law student 25 years ago—the tampon tax has always been illegal!—and tried at vari 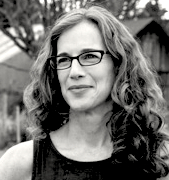 ous moments over the years to interest law firms in filing a class action. (When I lived and worked in California, I also researched a case there.) In early 2016, I began to see articles in the media about the unfairness of the tax, many of which were forwarded to me by friends who had heard me talk about this issue. I reached out to Jennifer Weiss-Wolf, the most prolific and organized “menstrual equity” advocate (and coiner of that term), and asked if she thought a class action could help the cause. She was very supportive and I sought out Ilann Maazel, at the law firm Emery Celli Brinckerhoff & Abady LLP, who agreed to represent the plaintiffs who wanted to file the complaint.

Crawford: When you say you researched a case 25 years ago, do you mean you were doing the research to build a case, or there was an actual case filed in New York?

Strausfeld:  There was no actual case filed until March of this year. Several times over the last 25 years, I researched the relevant legal issues across several states, including New York. Tampons and pads have been variously categorized as taxable ‘cosmetics’ and more recently in New York State as ‘feminine hygiene products,’ as distinguished from tax-exempt medicinal items. The Seibert case drew on a memo I drafted in 2002.

Crawford: What had gotten you started thinking about these issues in the first place?

Strausfeld:  I’ve been asked this question a lot. I’ve always been interested in the history behind what I’ve referred to, to my children, as “dumb rules.” There are many instances in our lives where we find ourselves doing things that make no sense and, worse, are patently unjust and unfair. The practice may have made sense at the time it originated, but it makes no sense now. This interest is what motivated me to go to law school. And when I first moved to New York City to attend Columbia, I recall buying tampons and chapstick and noticing that I was taxed on the tampons and not on the chapstick. It was empowering as a law student to be able to look up the law and confirm my suspicion that there was no good reason for chapstick to be exempted from sales tax (on the ostensible ground it has a medical use) and not tampons.

Crawford: What had changed – either culturally or legally – between the time you first started thinking about these issues as a law student to the time when the lawsuit was filed in New York in 2016?

Strausfeld: Nothing at all changed legally. Over two decades, several bills were introduced in New York State to eliminate the tampon tax, but they never went anywhere. About six years ago, I was working with another law firm that was poised to file a class action, but we saw that a new bill had been introduced in the State Legislature so we decided to hold off. Too many times in a row, I naively believed a bill to end the tampon tax would finally get through. What changed culturally, though, was of huge importance to the success of the lawsuit: a growing awareness of how unfair the tampon tax is, paired with examples of other countries, such as Kenya and Canada, in equitably changing the law.

Another thing that changed over twenty years is me. The tampon tax case is one of dozens of projects I’ve undertaken, including researching other lawsuits. In the context of fighting for equal pay and reproductive rights, among other vital causes, I initially viewed the tampon tax case as trivial in comparison. In retrospect though, the tampon tax case goes to the heart of the problem for women’s rights—and that’s the historical underrepresentation of women in government. Sales tax laws were passed across the country from the 1930s to the 1960s. Most of these laws exempted necessities of life. Women weren’t present, though, to make fellow legislators aware that menstrual supplies are, in fact, necessities. And this problem is lodged in many other laws adversely affecting us today. Eliminating the tampon tax is an important milestone, in other words, to eradicating other laws adversely affecting women.

Crawford: Could you update us on the current status of the case?

Strausfeld: The case against New York State has been voluntarily dismissed by the plaintiffs.

Crawford: The Complaint in the case had asked for declaratory relief as well as refunds of past sales tax paid.  New York changed its law, so the declaratory relief was no longer necessary, but why drop the claim for past tax paid?

Strausfeld: The Seibert plaintiffs dropped the claim for past tax paid, but a new case can be filed and we are considering that option. Pursuing a case of this sort, on a contingency fee basis and with an uncertain result, is expensive for the attorneys.

Crawford: Can you say a little bit about Period Equity and its overall mission?

Strausfeld: Period Equity is the first and only law and policy institute dedicated to advancing what we call menstrual access, equity and safety. Jennifer Weiss-Wolf and I are cofounders. We are fighting to eliminate the tampon tax in the 36 states that still have it. We aim to replicate New York City’s initiative to provide free menstrual supplies (in schools, prisons and shelters) in other major US cities. And we want to see a federal tampon safety bill passed, like the one Congresswoman Carolyn Maloney has introduced multiple times over two decades, but has never gotten out of committee.

Crawford: Were you surprised when the New York City Council took action to make tampons and pads free in city schools, jails and homeless shelters?

Strausfeld: I was thrilled, but not surprised—because Jennifer was involved! The story of how she worked with the City Council, particularly Council Member Julissa Ferraras-Copeland, who has been extraordinary on this issue, has been written about in the press. [See here – ed.]

Crawford: From where you sit, what is the relationship between law and social change? How can law students and lawyers be helpful in creating a more just world?

Strausfeld: This is always a poignant question, but never more so than today. As a law student I read Robert Cover’s essay Nomos and Narrative, a beautifully-written and, yes, intellectual, argument for the role of social change movements in changing laws, and that empowered me to pursue many paths as an activist citizen, including writing and directing theater and film. It also made me aware that institutes like the Brennan Center, which overtly pair litigation with media campaigns, are the most effective at making change—which is why Period Equity is adopting this model. The tampon tax case is an excellent example of how litigation paired with a steadily growing advocacy can effect a change in the law. If we had filed a class action years ago, without the media coverage, it likely would’ve gone nowhere.

Crawford: For law students or lawyers who are interested in getting involved in menstrual equality efforts, do you have any advice?

Strausfeld: Yes, please contact us at Period Equity! We will put you to work.

Crawford: This being the Feminist Law Professors blog, could you say a little bit about how gender issues fit into the way you see the world?

Strausfeld: Before I explained that the rules we live by in our world were, by and large, created by men. This does not mean they are all bad rules. The Constitution encoded racism, but also enabled the 14th Amendment. And now, hopefully, it will help save our democracy. It’s imperative, though, to continue to challenge unjust laws that were passed in a time when Americans today (women and minorities) were vastly under-represented in rule-making bodies.

Crawford: Thank you for speaking with us.  We look forward to following this issue!

Strausfeld: Thank you, Bridget. You and Carla Spivack are the first legal academics to write a law review article about the tampon tax. Academic writing can absolutely support real-world initiatives. We will make great use of your work, I hope. And thank you for the Feminist Law Professors blog!

This entry was posted in Feminism and Law, Women and Economics, Women's Health. Bookmark the permalink.