Stop Treating Professional Cheerleaders (and Women in General) Like Property

Professional cheerleaders are in the news lately and this time it’s not for their horrifically low pay, which, supposedly, is being fixed across the NFL and NBA.  This time, it’s about the ridiculous rules that cheerleaders have to follow, mostly about their appearance and their social media behavior.  In addition to requiring them to buy their own uniforms, keep to an ideal weight, and even act as personal escorts for male sponsors, some teams even dictate what their cheerleaders can wear when they’re not working – no sweatpants in public, ever.  With regard to social media, cheerleaders’ social media activities are often monitored, sometimes without the cheerleaders’ knowledge, and they are forbidden from socializing with the players.

Needless to say, cheerleaders’ athlete counterparts do not have to follow any such rules.  This disparity in treatment led a New Orleans Saints’ former cheerleader to file an E.E.O.C. complaint against the team for gender discrimination after she was fired for posting a “racy” photo on Instagram and talking to a Saints player at a party.  A former Miami Dolphins cheerleader filed a similar complaint with the Florida Commission on Human Relations after being fired for publicly saying she is a virgin and openly discussing her Christian faith.  The crux of their complaints: similarly situated male employees are not treated this way.  Before anyone jumps in here, let me just remind you that cheerleaders are skilled athletes who are required to spend hours training and practicing their routines. 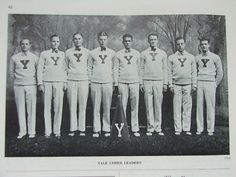 A brief history of professional cheerleading shows how we got here.  At first, only men were “yell leaders” at ivy league college sport events in the 1800s.  During the 1920s, women got involved and then took over the industry during World War II to fill the absences left by the men at war.  Things shifted again in 1960 when the general manager of the Dallas Cowboys decided to have “pretty girls” on the sidelines so the audience (including the television audience) would have something to look at.  In 1972 the mission expanded to have a full complement of professional dancers and the televised 1976 Superbowl sealed the deal.  Over time, beautiful cheerleaders were added to almost every NFL team and to every NBA team.  And the strict rules on appearance and socialization were added at the same time.

This history shows what cheerleaders were created to do: be objects that men can look at.  That’s why they have to look a certain way (follow the makeup “look” they have been given at the beginning of the season), weigh a certain amount (pass the “jiggle test”), wear only the right kinds of clothes when they aren’t working (nothing too skimpy but no sweatpants either).  Otherwise, they aren’t serving their role of pretty objects for men to fantasize about.

Cheerleaders’ socialization restrictions are clearly in place for the same reasons.  Supposedly, the socialization rules are put in place to “protect” the cheerleaders from players harassing them but the players themselves are not given any rules to follow; the onus is on the cheerleaders themselves to prevent their own victimization.  So cheerleaders are expected to both look good for the male gaze and be responsible for any negative fallout that results.  Moreover, the asymmetrical policy belies an underlying intent to control the cheerleaders, to dictate what they do and how they look even when they’re not at work, to essentially treat them like property that belongs to the team.

The two recent NFL gender discrimination complaints were filed in the wake of the #metoo movement, and one hopes that many more will follow.  Underpaid, controlled and devalued, cheerleaders deserve better.  What is more troubling to me, however, is that the way these women are treated speaks of a larger cultural issue of men feeling entitled to control women’s bodies.  The recent rash of “incel” violence against women – committed by men who feel they are not given the sex they are entitled to by women – and some of the media’s hand-wringing response to it further highlights how far we have to go before women, even professional cheerleaders in the public spotlight, are treated like equal human beings in control over their own bodies.  It’s 2018.  It’s time.