New Book Announcement: Anthony C. Infanti, Tax and Time: On the Use and Misuse of Legal Imagination

Posted on February 1, 2022 by Bridget Crawford

Anthony C. Infanti (Pitt) has published Tax and Time: On the Use and Misuse of Legal Imagination (NYU Press 2022).  Here is the publisher’s description: 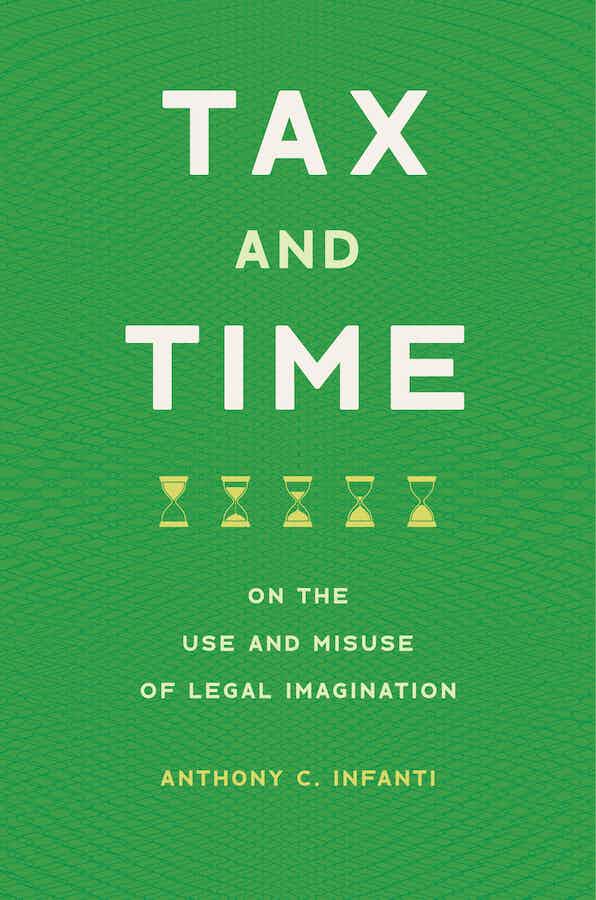 The relationship between tax law and society, Anthony C. Infanti asserts, is too often overlooked by those who work outside of the field of fiscal policy. Yet, the way a country collects and spends its revenue can be viewed as a quantifiable reflection of how a country sees itself, sending messages about both what it values now and what it aspires to be in the future.Tax and Time sheds light on two of the most misunderstood universal human experiences: time and taxes. Anthony C. Infanti asserts that time in tax law is the product of pure imagination and calls into question the world beyond time that we have created for ourselves. Written with clarity and powerful insight, Tax and Time demonstrates how the tax laws have been used to imaginatively manipulate time in ways that perpetuate economic and social injustice. With its social justice focus, the book brings a sorely needed critical perspective to technical tax policy discussions. Infanti calls for a systematic reexamination and reworking of the relationship between time and tax law, asserting that the power of the legal imagination to manipulate time in tax law can both correct past injustices and help us to envision—and actually work toward—a better and more just society.

For anyone who is interested, the book’s Introduction is available for free on SSRN here.

Tony Infanti is the foremost American scholar of U.S. tax law and policy’s multiple intersections with LGBT taxpayers. Chapter 2 of the book, Time Travel Avoided (or, Justice Denied), explores how the IRS seemingly failed to apply its own rules of construction when it came to recognizing rights of same-sex couples in the pre-Windsor era, and the tax law’s ongoing and stubbornly persistent preferences for “married” taxpayers. The Chapter also looks at the ways the IRS struggled with issues of tax exemptions for racially segregated school in the wake of Brown v. Board of Education. At least in the early days, the IRS “chose not to apply substance-over-form principles in an apparent effort to disturb existing power structures in US society as little as possible.” (p. 88)

For anyone interested in the relationship between taxation and a capacious understanding of justice, this book is a must-read. It is completely accessible to non-tax scholars and students and would make for great reading in a seminar or other course looking at the intersections of financial institutions/systems and equality/inequality.