What if you’re”secretly”sexist, racist, and  homophobic?

Part of the appeal of Post Secret is that you bring your own baggage and perspective to the secrets that are revealed.   She was troubled by the postcard below, suggesting it “frames women as racialized commodities to ‘choose’ from.” 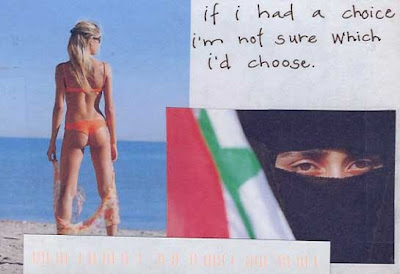 Professor What If makes many valid points in her post, but I disagree with her interpretations of some of the secrets she references, including the post card above.   I think a woman sent it, and the author is saying that if she had a choice between having her body ostentatiously on display, or almost completely hidden, she doesn’t know which would be preferable.   But of course I could be completely wrong. And some of the secrets are unambiguously repugnant, no question. Is Post Secret condoning the racist and/or sexist messages it features? Or just reminding us of what lurks beneath the surfaces of the people we interact with? Something to ponder.

This entry was posted in Feminism and Culture, Uncategorized. Bookmark the permalink.