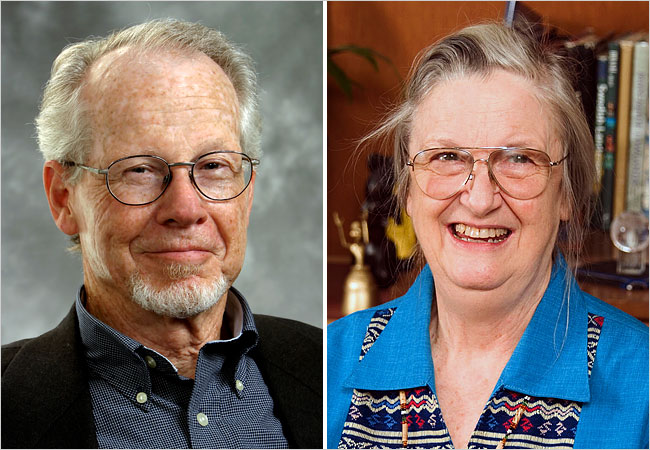 The Nobel Memorial Prize in Economic Sciences was awarded on Monday to two American social scientists for their work in describing the numerous relationships within a company or among companies and individuals that shape market behavior.

The prize committee cited Elinor Ostrom, 76, at Indiana University, and Oliver E. Williamson, 77, at the University of California, Berkeley, for work done over long careers. Ms. Ostrom is the first woman to receive the economics prize in the 41-year history of the award. She is a political scientist, not an economist, and in honoring her, the judges seemed to suggest that economics should be thought of as an interdisciplinary field rather than a pure science governed by mathematics. …

The Nobel Prize in Economics is a bit questionable in terms of significance, and also legitimacy and is more properly referred to as “The Bank of Sweden Prize for Economics in Memory of Alfred Nobel.” Although it is not actually a Nobel Prize, the Nobel Foundation administers the prize along with the ‘real’ Nobel Prizes. Be that as it may, as long as it is going to be awarded, it’s nice to see a woman finally recognized.

This entry was posted in Academia, Feminism and Economics, Firsts, The Underrepresentation of Women. Bookmark the permalink.