The Geena Davis Institute on Gender in Media has recently issued a report of the results of studies conducted about gender in media. The results can be viewed here (PDF). Among them: 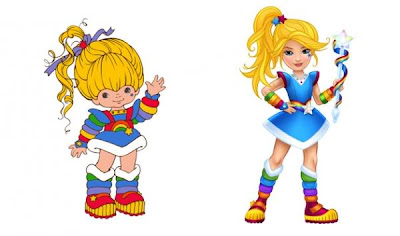 Rainbow Brite got a “backlash” makeover…

From here, where there is more data and analysis.