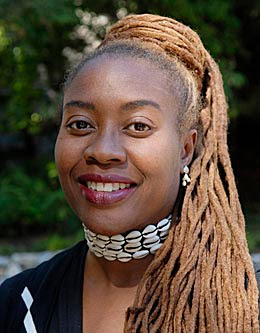 Over at the Feminist Wire, activist and filmmaker Aishah Shahidah Simmons shares her thoughts on the legacy of Dr. Simmons:

When Aaronette heard that I was making a film about intra-racial rape, other forms of sexual violence, and healing in the Black community, she immediately came up to me at the conference to ask how could she be involved with this project. Shortly after my return home, she sent me a package, which included a donation towards the making of NO!, her curriculum vitae, extensive resources directly related to her ground breaking research and scholarship on anti-rape activism in the Black community. The package also included a letter offering to be involved, for free, in any way possible. This past June, we laughed hysterically during one of our many Sister-friend marathon phone conversations remembering her first mailing to me. Little did she know at the time of sending me her very extensive package in 1996, I was desperate for any and all assistance and expertise in support of the making of NO!.  Aaronette literally thought she had to convince me that she would be a wonderful resource for the project.  Shortly after receipt of her first of many packages over the years, she became one of the five Black feminist scholar-activist advisors to NO!. Equally as important, Aaronette, was a featured interviewee who shared both her testimony as a survivor of rape; and her scholar-activism on sexual violence on camera. Without expecting anything in return, Aaronette worked tirelessly in support of NO! always looking for ways for me to secure funds to help me cross the finish line; and to spread the word about the making of the documentary. She most generously gave her time both as a scholar-activist and also as one of the consistent trusted shoulders upon which I leaned for ten out of the twelve years it took for me to make NO!.

Aaronette’s activism, scholarship, and writings were frequently ahead of the curve. She constantly championed unsung warrior feminist women who were predominantly of African descent. However, she celebrated the resiliency and (sometimes armed) resistance of all women she defined as freedom fighters.

May the memory of Dr. White be a blessing.