Where are the Women? Illinois College of Law “Significant Lectures” Edition

Posted on December 29, 2014 by Bridget Crawford

The University of Illinois College of Law posts its Annual Report here, listing many good things happening at that school.  The online materials include a two-page spread, with photos, touting the school’s “Significant Lectures” in 2012-2013.  Notice anything? 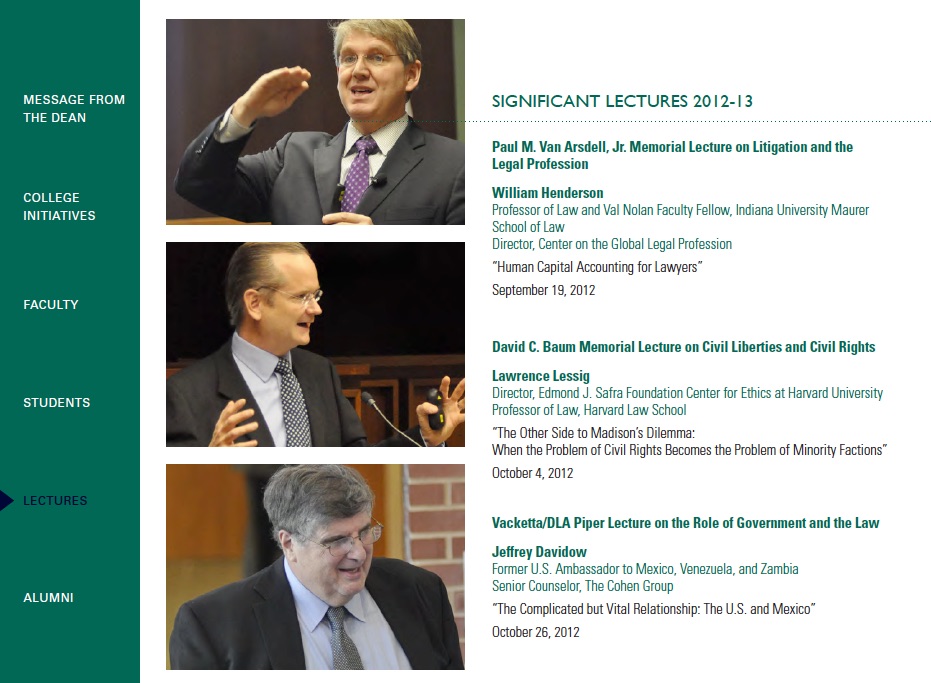 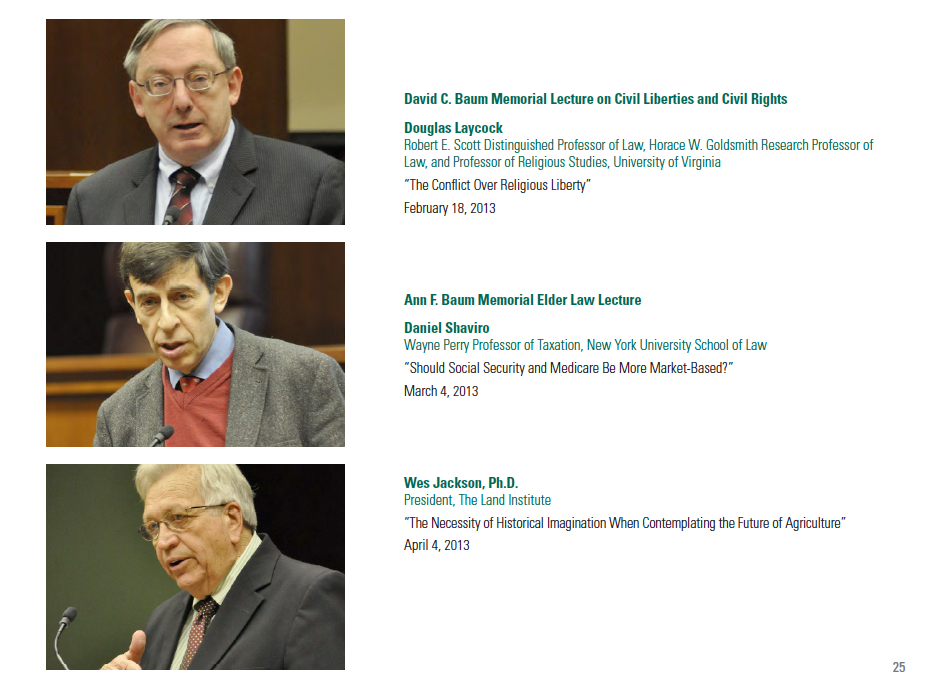 Apparently the organizers of the lecture series and the marketing folks at Illinois did not notice the lack of diversity among its lecturers OR they think it is worth advertising that the school’s “Significant Lectures” are delivered by white men.  Did any of the speakers think to ask about the diversity of those delivering a “Significant Lecture” at the school, either?

How about the “Significant Lectures” at Illinois more recently?  Here’s what I found in the “News” section of the College of Law’s website:

Chai Feldbaum (EEOC Commissioner) delivered the Vacketta-DLA Piper Lecture on the Role of Government and the Law on October 29, 2014.

Tom Daschle (Senator, South Dakota) delivered the Vacketta-DLA Piper Lecture on the Role of Government and the Law on October 25, 2013.

That adds one white woman and one African-American man to the list of eleven who delivered a “Significant Lecture” at Illinois College of Law in two academic years.  If there were others, the lectures aren’t publicized in the “News” section of the school’s website.  Corrections and additions welcome.

This entry was posted in Academia, Where are the Women?. Bookmark the permalink.