Shayara Bano v. Union of India: A Watershed Moment in the Battle for Women’s Rights in India 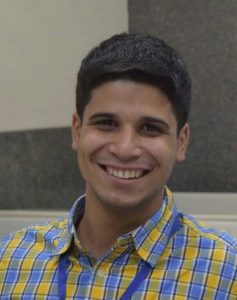 The following is a guest post by Malcolm Katrak. Mr. Katrak is a Law Clerk to Justice (Retd.) S. N. Variava, Former Judge, Supreme Court of India. In the past, he has worked with Mr. Darius Khambata, Former Vice-President, London Court of International Arbitration.

Hanafi Muslims who make up 90% of India’s Sunni Muslim population practice a form of divorce which many criticize. This practice is called Talaq-e-biddat, whereby the husband can divorce his wife by pronouncing the word ‘Talaq’ once or three successive times. Hanafis believe that this practice has been enshrined in the Quran. On October 16, 2015, asuo motu public interest litigation was filed in the Supreme Court of India to examine whether this type of divorce violates women’s dignity.

In the past, India’s Supreme Court has often fallen short in matters pertaining to religion and personal laws (i.e. laws relating to marriage, divorce and succession). The practice of Talaq-e-biddat (hereinafter referred to as Triple Talaq) had been legally sanctioned in India pursuant to Section 2 of the Shariat Act of 1937.

The Majority Decision: Striking the Foundations of Discriminatory Personal Laws

The Quran is divided into Suras (chapters) and the Suras are divided into verses. Together, the Suras describe the ways Muslims should live. The Quran specifically addresses procedures for marriage and divorce. After analyzing the relevant verses, the Supreme Court came to the conclusion that there is no explicit mention of Triple Talaq in the Holy Quran. Apart from the questions relating to Talaq, the case also considered allied matters such as polygamy and Halala into account. In the words of Justice Kurian Joseph, “What is bad in theology was once good in law but after Shariat has been declared as the personal law, whether what is Quranically wrong can be legally right is the issue to be considered in this case.”

The Court concluded that Triple Talaq in itself lacks legal sanctity and cited Shamim Ara v. Union of India in support of the conclusion that the practice is unconstitutional. The case of Shamim Ara quoted several Muslim jurists and concluded that the Indo-Anglian judicial exposition of the Islamic Law of divorce has been inaccurate up to this point. Marginal distortions are inevitable when India’s postcolonial judiciary has to interpret religious texts such as the Quran, which originated in the Middle East. The Court expressed its view that the Muslim husband’s arbitrary, unilateral power to inflict instant divorce is not consistent with Islamic law.

Justice Nariman, who wrote the majority judgment, was of the firm opinion that the right to freely practice one’s own religion is ensconced in the Constitution for the purposes of facilitating the ideal of secularism. However, he reasoned that when the religion has practices that discriminate on the basis of gender, the practices are not legally protected.  Although the Court did not mention gender equality in its decision, it seems implicit that the Court’s objection was the unilateral nature of the Triple Talaq (i.e., it could be issued by a husband to a wife but not vice versa).

The Minority Opinion: A Case of Contradictions?

The dissent by Chief Justice Khehar and Justice Abdul Nazeer is astonishing in several ways. The dissenters argued that the Parliament must draft a law in respect of the Triple Talaq, rather than striking down Section 2 of the Shariat Act. The dissent reasoned that declaring that Section to be unconstitutional would have serious consequences. Firstly, the dissenters argued, the Court would set a precedent of infringing conscience-based religious practices, suggesting that every matter of faith which does not meet the constitutional requirement of equality will be replaced or completely eliminated. Secondly, the dissenters reasoned, because religion is a matter of faith and not logic, the courts cannot accept an egalitarian approach over a practice which is an integral part of religion. Rather, the dissent proposed a temporary injunction disallowing the practice of Talaq-e-biddat until legislation could be passed to redefine it (in relation to three pronouncements of ‘talaq’ at one and the same time) or to do away with it altogether. If the legislature failed to take any action or decided to not proceed with any changes within six months, the proposed injunction would cease to operate.

It is pertinent to note that the minority decision states that a personal law (such as relating to marriage or divorce) can be constitutionally protected through Article 25 of the Constitution which allows freedom to profess and propagate religion. The minority decision thus implies that a personal law is protected by the Constitution. However, the dissenters failed to analyze the true nature of the fundamental right to equality which is superior to the fundamental right to practice and profess religion. The right to practice and profess religion is subject to the overriding principles of equality enumerated under Article 14 of the Constitution of India, as elucidated previously by the Supreme Court in the cases of John Vallamatom v. Union of India and Javed v. State of Haryana. Further, if the dissenters believe that the Triple Talaq were constitutionally protected, it is unclear why they would agree to limiting the practice even through a temporary injunction. The dissenters concluded that the Triple Talaq is a matter of faith and thus is protected under Article 25 of the Constitution (which endeavours to protect and preserve the belief of separate entities). They failed to focus on the ways in which the law is both discriminatory and arbitrary. Above all, there was no mention of right to equality by Justice Khehar in his dissenting opinion.

As someone trained in Indian law, I believe that if any law is discriminatory and arbitrary, it must be declared unconstitutional, even if it is a personal law (i.e., one relating to marriage or divorce) that has some lesser constitutional protection.

Should Muslim wives suffer this tyranny for all times? Should their personal law remain so cruel towards these unfortunate wives? Can it not be amended suitably to alleviate their sufferings? My judicial conscience is disturbed at this monstrosity. The question is whether the conscience of the leaders of public opinion of the community will also be disturbed.

Issues involving the striking down of hardened religious practices due to their inconsistency with constitutional provisions has often resulted in violence by religious zealots. The resulting violence unfortunately often falls upon Muslim women themselves. Five male judges analyzing arcane questions of constitutional law had an opportunity to rise above the politics and religion and to speak with one voice in a way that would provide true justice for Muslim women. The judgment has been widely celebrated throughout the country, as many consider it the beginning of a long overdue overhaul of archaic and discriminatory personal laws. One thing is for sure, though: The battle for gender equality still has a long way to go, and this is a minor victory along that path.

This entry was posted in Feminism and Families, Feminism and Religion, Guest Blogger, Sisters In Other Nations. Bookmark the permalink.