Maynard on “How the NCAA Infringes on the Freedom of Families” 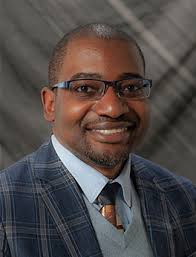 Goldburn P. Maynard Jr. (Louisville) has published in the Wisconsin Law Review Online his essay “They’re Watching You: How the NCAA Infringes on the Freedom of Families.”  Here is an excerpt:

This Essay argues that the NCAA’s surveillance of the family and enforcement of its rules amount to a sumptuary restraint on the families of talented NCAA athletes. In order to keep its cartel in place, the NCAA must bar not only the athlete but everyone in his family from extracting any value from his talent. Luxury purchases are in effect barred for poor families. This is where the NCAA’s enforcement and investigative arms step in. Disproportionately, the families of black athletes are put on notice that any signs of extravagant consumption (that is, beyond the level they should be able to afford) will lead to investigations and potential suspensions. At the moment when these families should be happiest, they have to worry lest they give off any appearance of living beyond their means. I argue that the NCAA’s rules disproportionately disadvantage poor individuals of color. This underscores the inherently unjust nature of the college sports system and the complicity required to keep it in place. * * *

The NCAA’s rules affect all athletes, but they disproportionately disadvantage black ones. Once we limit the college athletic arena to the big sports (i.e., football and basketball) and the revenue generating schools, the statistics are stark. A recent study by Shaun Harper found that black men made up only 2.5 percent of undergraduate students enrolled across all 65 such institutions, but they comprised 56 percent of basketball teams and 60 percent of football teams. The study also showed that 16 percent of those coaches at these schools were black. The average salary for the 65 athletics directors in the major conferences was $698,755, but just 14.7 percent of them were black. And none of the commissioners of those conferences, who earned on average $2.58 million annually, were black.

The essay draws on financial history, sports law, family law, theories of punishment/discipline and critical race theory to provide a new spin on a topic that may be familiar to many sports fans. In a footnote, the author acknowledges that the University of Louisville is currently subject to NCAA sanctions and has weathered quite a few NCAA scandals (see, e.g., here). It is not lost on me that I’m a professor at a school currently suffering sanctions.  Professor Maynard writes, “Fortunately, the NCAA has made itself so unpopular that no one should suspect that there is a causal connection” between his employer and his criticism of the NCAA.