Posted on September 10, 2018 by Bridget Crawford

From colleagues at Wisconsin, I just learned of the death of Feminist Law Prof Margo Melli (Wisconsin) earlier this year.  Here is an excerpt from her obituary: 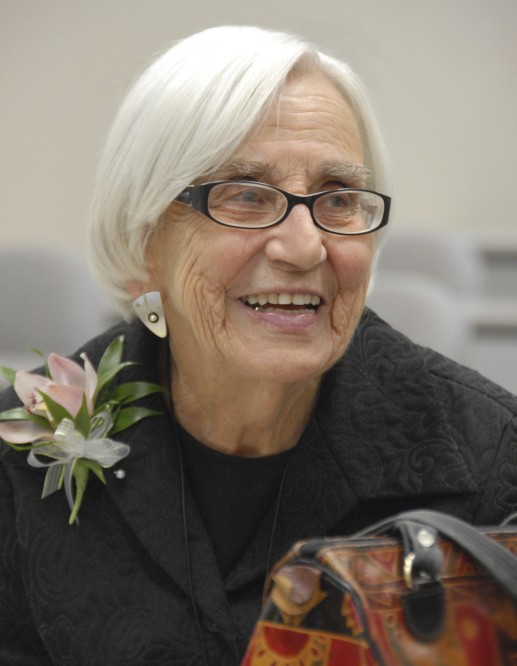 Marygold “Margo” Shire Melli, age 91, a Voss-Bascom Professor of Law Emerita at the University of Wisconsin, died Saturday, January 6 in Madison. She was born in Rhinelander, WI in 1926 to Osborne and May R. (Bonnie) Shire. The family eventually settled in Madison where Margo attended the University of Wisconsin and was named to Phi Beta Kappa. While in Law School, she met fellow law student Joe Melli, and they were married in 1950. Despite graduating at the top of her class, as a woman, she had difficulty getting hired as a lawyer, so she took research jobs which eventually helped reform the Wisconsin child support system and reorganize the state’s court system. She began teaching at the UW Law School in 1959, becoming the first female tenure-track professor in the Law School’s history, teaching in the areas of family, juvenile and criminal law.

She served as Chair of the National Conference of Bar Examiners, Associate Dean of the Law School, Chair of the University Committee, Chair of a Chancellor’s Task Force on Gender Equity, and many, many other positions. Seriously…just too many to list!

Margo received numerous awards, including the 2013 Margaret Brent Women Lawyers of Achievement Award from the ABA Commission on Women in the Profession, honoring outstanding female lawyers who paved the way for women in the legal profession. Additionally, the Legal Association of Women established the Marygold Melli Achievement Award to recognize individuals who make outstanding contributions to the interest of women in law.

Outside of the University, she worked with A Fund for Women, Wisconsin Law Foundation, the Dane County Bar and Frank Lloyd Wright in Wisconsin. Both Margo and Joe enjoyed the arts, working with and supporting MMOCA, Tandem Press, the Madison Print Club, Madison Ballet and others. They travelled around the globe, returning with stories ranging from the driving hazards of ancient towns in Sicily to the breathtaking views at Victoria Falls in Zimbabwe.

Margo was passionate in her roles as educator, lawyer, feminist, wife and mother. And with her unique style, she wore those hats well. She was a mentor for many, and truly a role model for us all.

May her memory be a blessing.

Thank you, Professor Melli, for paving the way for so many more of us.